Top Stock is the proud sponsor of talented eventer James Browning. His manager (and mother), Theresa Browning, has kindly agreed to write a regular update about James for us to share on this page. Here is the first instalment. Coco was purchased by Catherine Rye, known to all as ‘Lacy’, in August 2015 as a horse that had lost its confidence eventing with a view to her being a hack and then a brood mare. When Lacy went away on holiday over the Christmas period and Coco came to us for James to ride, it very quickly became apparent that she and James were very well suited indeed! And, after much discussion, it was decided that she would stay with James and, all being well, that he would compete with her. We set to work with a little dressage and showjumping. At first Coco was very nervous about entering arenas but she soon began to trust James and the relationship was born. During the start of the season they began to train with Pammy Hutton for their dressage and this came on in leaps and bounds!  We entered our first BE event in the 100 class and, much to our delight, they were placed on their very first run together. Gradually they started to step up the levels, moving up to novice and then, after a successful run at Wilton, they qualified for their first International run together at Bicton CIC1. The photo shows  James and Coco in the dressage arena at Bicton. We were so pleased with their first run together at this level as it was very much up to height and, with a very technical cross country course, it was amazing to see them taking it on with complete confidence and resulting with a very-much-deserved clear round.

Due to their run at Bicton James and Coco have now qualified and entered for the CCI 1* at Osberton International in just over a month’s time.

It’s fantastic to have incredibly supportive owners who trust us to make choices such as feeding Top Stock to their horses; we feed Coco on the Top Stock Detox and Calming and not only do we see an incredible change in her overall performance but also an improvement in her digestive system. Watch this space for more news of James and Coco as they prepare for Osberton! James is 20 years old and has been eventing since he was 14. He has ridden successfully at international level and has taken horses from Level 100 right up to Intermediate. 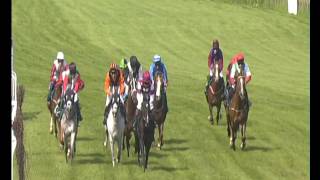 A mention for our head shaking supplement!